Jodhpur is the second largest city in the Indian state of Rajasthan. It was formerly the seat of a princely state of the same name, the capital of the kingdom known as Marwar. Jodhpur is a popular tourist destination, featuring many palaces, forts and temples, set in the stark landscape of the Thar Desert.

The city is known as the “Sun City” for the bright, sunny weather it enjoys all the year round. The old city circles the fort and is bounded by a wall with several gates. Jodhpur is also known as “Blue City” for the blue colour on the houses in the old city area. However, the city has expanded greatly outside the wall over the past several decades. Jodhpur lies near the geographic centre of Rajasthan state, which makes it a convenient base for travel in a region much frequented by tourists.

For any Enquiry, get in touch with our helpful staff at 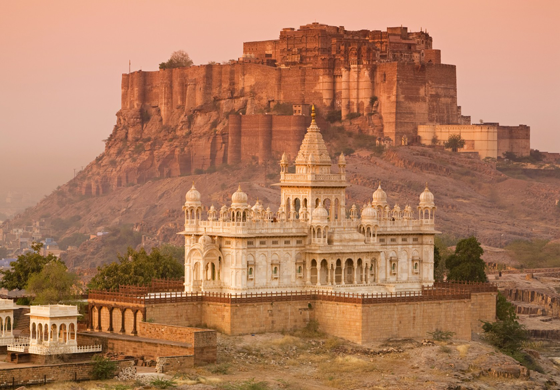